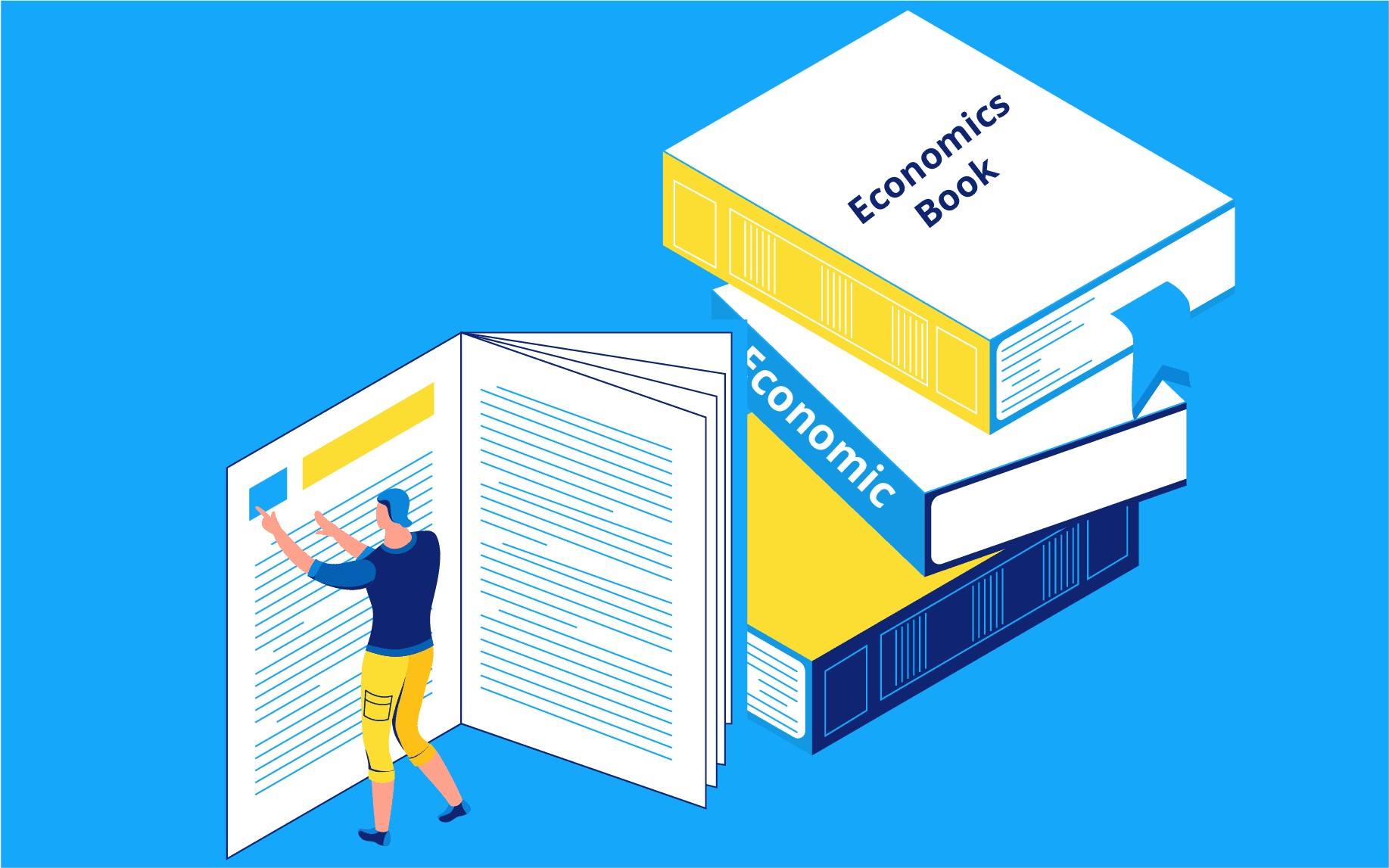 If you are into the field of finance, you must read as much as you can in order to earn crucial insights on the topic of economics. There are many good economics books in the market right now that can be really helpful for you to deepen your understanding of the economy’s functioning.

Today, we have listed the top ten best economics books for beginners and veterans all the same. These books would help you make more informed financial decisions and also act as your investing guides. So, without wasting much time, let’s jump to our first pick.

The Big Short By Michael Lewis

This is easily one of the most popular books economics books as it spent 28 weeks on the bestseller list of the New York Times. The non-fiction book is written by prominent financial journalist Michael Lewis, who is also the author of another book mentioned in this list.

He provides a description of events that lead to the biggest financial crisis in recent times, the 2007-2008 housing real-estate bubble. The book covers the story of almost every outspoken person who foresaw the bubble and bet against the market.

Peter F. Drucker is well known and respected as a highly intelligent thinker on management theory. His teachings and guidance have largely contributed to the growth of modern business corporations. He gained worldwide credibility after positively predicting future events like the emergence of information society and the economic rise of Japan.

The main focus of this book is Peter’s argument that the First World countries have already moved past capitalism when the real power lies not with individuals but with corps, and still, the control is in the hands of the nation’s citizens as they own these enterprises.

Lean In: Women, Work, And The Will To Lead By Sheryl Sandberg

This debut book by Sheryl Sandberg, the COO of Facebook and former vice-president of Google’s Global Online Sales and Operations, gained rapid popularity upon its release. Sheryl discusses the various reasons why women are still relatively less successful despite equal pay laws.

She also guides women to become more disagreeable and ask what is theirs. The book received some backlash as Susan got called a “faux feminist” and was accused of not emphasizing systematic gender bias and solidarity, and treating women as consumer objects.

Freakonomics: A Rogue Economist Explores The Hidden Side Of Everything By Steven D. Levitt & Stephen J. Dubner

Despite being published back in 2005, “Freakonomics” remains one of the most popular economics books in the catalog. The book discusses various important matters related to economics by using pop culture examples and scenarios that make this book very appealing to beginners. The book did receive some criticisms and was referred to as a more work of criminology and sociology than economics, but still, the book remains one of the best economics books for beginners.

The Upside Of Inequality: How Good Intentions Undermine The Middle Class By Edward Conard

This book, authored by a renowned neoliberal and former MD of Bain Capital, Edward Conard, argues that there are certain upsides of inequality. He also argues against the widely-believed notion that the top 1% of US citizens are the root of all social problems in the nation.

As you would have assumed, not a lot of people share the same opinion, but despite that, it was widely praised for it is an interesting read even by people who disagreed with the arguments made in the book.

This book, written by the classic economist Adam Smith is easily the oldest economics book on this list. It was published approximately 250 years ago when the world was seeing its industrial revolution and the end of mercantilism.

This magnum opus especially focuses on the division of labor, productivity, free markets and also offers some practical solutions depending on that time. Upon its release, this book by Adam Smith became the number one bestseller and is easily one of the most recommended economics books to be read by all the beginners and experts alike.

Guns, Germs, And Steel: The Fates Of Human Societies By Jared Diamond

This is yet another one of these classic economics books that every modern economist must read through. In this book, author Gerald diamond explains why Asian and European societies have traditionally excelled way more than any other societies in the world.

This Changes Everything: Capitalism Vs. The Climate By Naomi Klein

This book is yet another Rant on how capitalism is hurting the environment and how it should be tackled. Naomi Klein, another anti-capitalist, demands an ecological revolution to preserve the destruction of the environment due to capitalism. Despite this book being filled with radical left-wing ideas, some readers may relate and even get behind her thoughts, and you can definitely give this book a try.

Postcapitalism: A Guide To Our Future By Paul Mason

Formal economics editor of the British TV channel, Channel 4, Paul Mason, who is obviously leaning to the left, wrote this economics book suggesting some of his left-leaning stereotypical ideas using academic vocabulary. He discusses the way the economy has evolved over time and the effects of the removal of a market-driven economy.

He also discusses the importance of protecting the environment while advancing the economy. This book is still a must-read as Paul Mason has also been held as a worthy successor to Marx by some people.

The Rational Optimist: How Prosperity Evolves By Matt Ridley

The economy is not all about reading facts, and it is also about comprehending them. This book tackles the psychological aspect of a prospering economy and the importance of being psychologically rationale for development and growth.

This book is actually one of the few books in this list that moves forward from old topics like wealth inequality for citizens, ill-effects of globalization and actually talks about the importance of free trade and globalization, and this is why, in our opinion, “The Rational Optimist” by Matt Ridley is one of the best economics books right now.

We can all agree that the development of our economy is directly linked to our lifestyle and prosperity. It is essential to have a basic understanding of how an economy operates in order to prosper in it. Regardless of the fact that you may actually have a decent chance of landing a high paying job after reading these informational books, you must read them to widen your understanding about how the world around you works.

There have been many good economics books that provide the opportunity to gather essential insights into the functioning of an economy. We have listed our top 10 best economics books in this article.

We hope the article was helpful to you. You can always visit our related section to find more such content. Also, feel free to share your thoughts and reviews using the comments section down below.

Top Websites That Can Allow You To Make Money Now

Various websites can now allow you to make money online. It does not matter if you are a newbie when it comes to making big ... Read More

If you are a student and are looking to learn more about investing in the stock market, these stock investing books would be of great ... Read More